The Queen Alexandra’s Imperial Military Nursing Service (QAIMNS) was founded in 1902, with Queen Alexandra as president and patron. Prior to this time, Britain did not have a recognized military nursing service and the creation of the QAIMNS was in response to the many men who died during the Boer War due to inadequate nursing care. Members of the QAIMNS were trained nurses employed by the British Army; however, unlike the Canadian nursing sisters, they did not have an official rank or status. In 1914, at the start of the war, membership of the QAIMNS was under 300 members – the nursing service was not equipped to deal with the large numbers of wounded that required care and rehabilitation.  However, there was a “reserve” of 800 nurses who were immediately drafted for active service. Many were sent directly to field hospitals in France to support the British Expeditionary Force. Members also served in England, Egypt, Salonika, India, East Africa, Italy, Mesopotamia and Russia.

From 1914-1919 at least 21 known Winnipeg General Hospital and Children’s Hospital School of Nursing graduates served during World I with the QAIMNS.  Although there was no direct relationship between the CAMC and QAIMNS, many of the nursing sisters went on to enlist in the CAMC after their service with the QAIMNS. 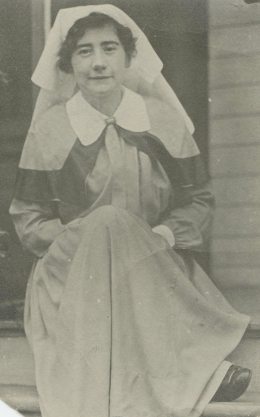